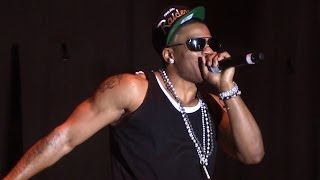 NBA Scouting Reports: Filling in the Blanks- the Shooting Guards

Matt Williams
@DraftExpress
Overview: Powerfully built shooting guard. A bit undersized, but blessed with outstanding strength, a big wingspan, and explosive leaping ability. Not a great offensive talent, but has improved his efficiency and decision-making considerably. Plays tough defense. Was a highly touted prep player, playing in the McDonalds All-American Game and being named Illinois Mr. Basketball while at Proviso East (IL). Didnt make a big splash in the NCAA right away, but became a very solid overall player by his junior year. Landed in the late first round and struggled mightily early in his NBA career. Showed a glaring lack of efficiency in his first two seasons in the NBA, but turned things around in 2009 with the Lakers, playing a role in their Championship run. Made a sizeable impression, appearing to find his niche down the stretch.

Offense: Surprisingly efficient offensive player for the Lakers after struggling for so long. Gets about a third of his offense in spot-up situations, with another sizeable portion coming from fast breaks, cuts to the basket, and one-on-one opportunities. Never known as a great jump shooter, but showed marked improvements down the stretch. Has decent form highlighted by excellent elevation and a compact release. Doesnt rush his jumper as much as he did early in his NBA career, helping him quite a bit. Pretty solid catch and shoot player when given time and space. Not nearly as consistent with a hand in his face or when hes forced to pull up off the dribble. Triangle caters to his shooting ability and allows him to use his explosiveness at the rim as well. Extremely quick first step and attacks the rim like a cannonball. Not going to show a lot of shifty ball handling in the lane, but handles the ball intelligently, making one move and attacking. Very capable finisher due to his excellent leaping ability. Moves well off the ball, taking advantage of opportunities to go back door. Not a natural playmaker, but not horribly turnover prone either. Seems to have really worked on the things that will help him in the triangle.

Defense: Really solid defensive guard. Long, aggressive, active, quick, and strong. Gets down in a stance and shows solid lateral explosiveness, though he doesnt respond well when he has to change directions on a dime. Doesnt get blow by very often, preferring to give a foul than an easy basket. Shows solid defensive fundamentals when closing out shooters, not leaving his feet for anything short of a very aggressive shot fake. Displays very active hands, allowing him to strip the ball away in some situations. Lack of ideal lateral agility hurt him against some elite guards, though hes able to compensate with other tools, and does a very nice job against shooting guards as well.
Read full article

Richard Walker
@DraftExpress
With former Viper CJ Watson in the NBA with the Golden State Warriors, Rio Grande Valley needs a scorer and Shannon Brown is their answer. Most of his shots are mid range and long jumpers - he shot 2-for-7 from behind the arc with the majority of the remaining shots coming in the 15-20 foot range. He is athletic and quick enough to get out in transition and score, but did not show much ability to score inside off the dribble. He also seems to shy away from contact as evidenced by his 3 free throw attempts despite attempting 28 shots. His 39% shooting percentage for the game was low due to a couple of forced shots - particularly as the shot clock and game clock was winding down.

Since Brown was not getting many minutes in Cleveland this year, he asked to play in the D-League to get more time on the floor. For him to be effective when the Cavaliers recall him, he needs to be more consistent offensively and incorporate his team better. The second year guard doesn't have a contract for next season, and was likely showcasing himself for the NBA scouts in attendance.
Read full article

Strengths
Brown is one of the most explosive athletes in this draft, possessing good length, huge hands and excellent strength to make an impact off an NBA bench. His first step is terrific, and he finishes with reckless abandon thanks to his impressive strength, body control, tenacity and outstanding vertical leap. Hes worked very hard on his shooting range to the point that he shot 39% from behind the arc as a junior. As a passer, Brown shows good awareness and is very much adept at finding the open man. He puts a lot of pride into his ability to get in right in his matchups grill and dictate where he wants to lead them. His intangibles are solid as hes been praised for being highly coachable and an outstanding citizen both on and off the court.

Weaknesses
At 6-3, Brown is certainly stuck between NBA positions. He has a shooting guards mentality, but has the size of many NBA point guards. His in-between game is underutilized, as he either explodes past his man on his way to the hoop or pulls up for a 3-pointer, but rarely utilizes the mid-range. He needs to work on creating space to operate offensively beyond just using his outstanding athleticism. Brown has been inconsistent throughout his college career, looking outstanding one night and then silent the next. He lacks the polish on both ends of the floor to truly utilize his excellent physical gifts on a nightly basis.

Competition
A former McDonald's All-American, Brown struggled to get consistent playing time in his first season and a half at Michigan State in a rotation that was pretty stacked with players at his position. He was mostly known for the intense defense he brings to the table early on in his career. His coming out party at the national level was in the 2005 NCAA Tournament (see links, articles) where he helped Michigan State reach the Final Four with some outstanding performances, particularly against Duke.

Brown had a very good junior year, averaging 17.2 points per game, 4.4 rebounds, 1.5 steals and 2.7 assists compared with 2.5 turnovers. He shots a solid 47% from the field, 39% from behind the arc, and 83% from the free throw line. Michigan State was knocked out of the NCAA Tournament in the first round by George Mason, and Brown had only 5 points on 2/11 shooting in 34 minutes before fouling out.

Outlook
There is a sentiment that Brown was not able to truly show what he is capable of doing due to head coach Tom Izzo of Michigan States rigid offensive system. With the way the NBA is warming up to utilizing combo guards in Browns mold off the bench, he could most certainly have a long and productive NBA career despite his tweener status. Its hard to envision him doing that as a starter, though.
Read full article

Landry Fields
@DraftExpress
While it has largely been a disappointing season for Michigan State, Shannon Brown is one player that has stepped up his game and perhaps exceeded individual expectations. Where Brown was very much a one dimensional athlete a season ago, he became Tom Izzo's most consistent scoring option as a junior. Instead of deferring to his teammates, Brown improved his off the dribble scoring game, became a much more consistent outside shooter, and displayed much more of an attacking mentality.

Brown might be the only Spartan that can consistently create his own offense in the halfcourt setting. Michigan State does have manageable road to the Elite Eight, and it will be Brown that gets them there. With a nice Tourney run and a few highlight reel dunks thrown in for good measure, Shannon Brown could easily be one of Marchs highest risers in terms of NBA stock.
Read full article

Landry Fields
@DraftExpress
While this former McDonald's All American was forced to play second fiddle to Maurice Ager in Maui, he still wound up having a very nice tournament for himself. It has been known for ages that Brown is an explosive, world class athlete who has the ability to dunk on anyone, but he is really starting to show more of an all around game this year. The Michigan State junior has looked much more comfortable on the perimeter creating his own shot, and has shown improved ball distribution skills for the Spartans. Shannon really showed that he can be counted on as a legitimate complimentary player this year, as he came through big in the scoring department for MSU when they needed him most. The two biggest obstacles that Brown has to overcome are his size (6'3, 6'4 tops) and his lack of ball handling skills, which to his defense, are vastly improved from last year, but still not up to par to make the jump to the next level. While Shannon is able to make up for his lack of size with his great wingspan and gigantic hands, he is really going to have to find a position to solidify himself as a first round pick in the draft, and sticking around for his senior year in East Lansing could really help him do that.
Read full article